“Do you need to take the learners permit exam test in Florida? If so, you can now take it online again. This is a very controversial way of allowing people taking the exam test, since people can easily cheat on it. Some people agree with allowing it since it would potentially cut back on time they may spend in the Florida DMV. Florida has tried this in the past, and it was halted after six years. 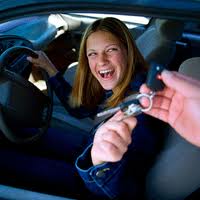 There are a number of sites that you can learn about the Florida DMV Learners Permit test. You can pay to learn the course. There are also sites that allow you to view cheats and tips on passing the test online. This is controversial because the main goal is to have safe drivers on Florida’s roads and some don’t think that can be accomplished online.

There are even students that don’t agree with it being allowed to be taken online. They feel that it takes away from actually having to learn, since it could be used as an ‘open book’ type of test, which is a form of cheating in this case. There are places that allow you to do open book tests – the Florida DMV shouldn’t be one of them. On the other hand, there are AAA members and people that work for AAA that think the online testing is a good idea.

Rep. Irv Slosberg of Boca Raton is one of the people that think online learners permit testing is a “”no-no”” since his teenage daughter died in a car accident. Michelle Harris, who specializes in driver training by AAA, thinks it is a “”good opportunity””. The Florida Learning Permit Test was failed at the testing centers by 40% of people that passed the test online, which is why it was halted after six years. There are new measures and checks in place, now that it is back online, to stop cheating and to make sure people actually know what they are taking the test on.

What do you think? Would you take your drivers learning permit online? Would you rather go into a facility and take it? If you would take it online, why? Do you think it’s a good idea to take these sort of tests online?”